Passenger Side Done - Work on Back

Dateline – June 1st - July 25 – The last two months has been passenger side bodywork. I received my gallon of Evencoat Rage Gold and started filling. The passenger side of the car was in pretty bad shape, with the rot on the rear scuttle, front fender issues, back fender issues and several creases in the doors and a few door dings. Suffice it to say that it took an entire gallon of body filler to repair the damage, even after a lot of hammering, smoothing and welding! Fortunately, the results speak for themselves! 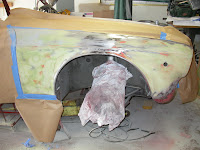 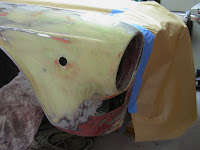 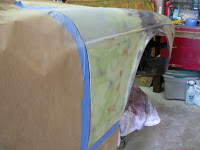 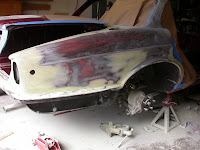 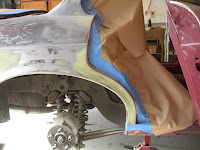 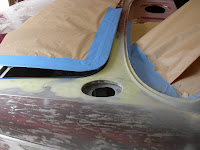 Back: The area around the back bumper had been pushed by several accidents. This has required a significant amount of work and filler to get straight. 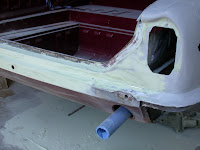 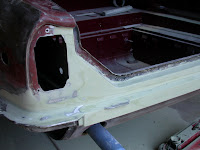 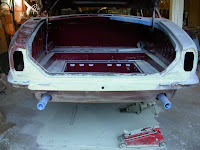 Good news is that everything is very straight now! The doors line up well and are very smooth. Now, as soon as I get my next gallon of filler I can finish the boot and move onto the driver’s side of the car!
Posted by Ed at 10:14 PM