Dateline - 07/06/2015 - It's been a long time since I last checked in.  Car is still in paint!  I've been sandblasting and painting every weekend.  That's something I have a hard time doing for more the three or four hours.  It gets old having your hands stuck in the stand blasting cabinet!  But I am making a big dent in the pieces.  I was just amazed at just how many parts there are when I start pulling out the milk crates and boxes.  It's really cool though that I'm building up a room full of cleaned and painted parts.  It will make assembly all that much easier.

I just ordered a zinc/tin electro plating system from Eastwood (http://www.eastwood.com/eastwood-s-tin-zinc-electroplating-system.html).  I've got several parts that really need to be plated instead of painted, so I'm going to give this a try and see how well it works.  Something I haven't done before!

I also found that if you soak parts in undiluted Simple-Green, you can take the zinc plating off of parts that had been plated!  Go figure!

I've also been working on the wood dash.  I shellaced it and when I went to fill in the wood grain, I realized I had not sanded the surface well enough.  Had lots of grooves left over from the flat bed sanding that was originally done to rough out panels.  I hand sanded it and thought I was done, but nope!  So I took out the power hand sander and went at it again.  The nice thing was that the shellac showed all the low spots so I was able to sand it really smooth.  I shellaced it again and started putting coats of lacquer on.  I'm up to 15 coats, but it has been so hot here, even the the mornings, that the lacquer thinner is evaporating too quickly.  I have to wait until it gets a little cooler before I put any more coats on.  Let me tell you, it looks fantastic!

On a whole different subject.  I went to the Northwest Historics vintage races (http://northwesthistorics.com/theguild/upcoming-events/) this weekend with some friends from work and friends of friends and got a chance to do three laps of the Pacific Raceways in the passenger seat of one of the driving instructors for the BMW/Porsche club.  Although we were not "at speed" it was still thrilling to get a chance to go around the track and Doug tried hard to find opportunities to build up a little speed and Gs!  It makes me want to get into "Track Day" events.  Ouch!  This can get expensive quick.  How many hobbies can I afford?  I guess I'll be working until I'm 105!  here are some pictures: 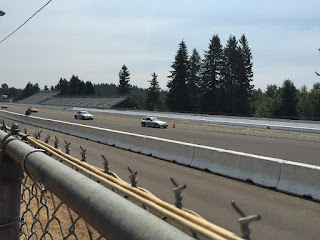 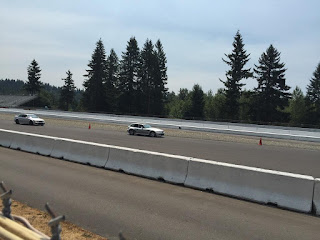 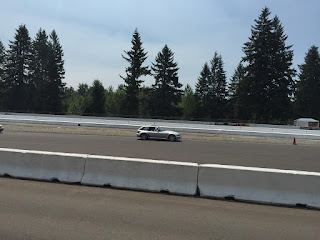 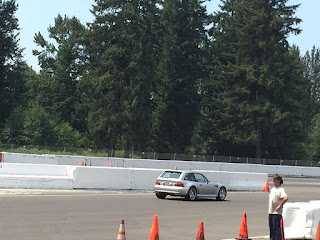