Three Months and Moving Right Along

Dateline - March 18, 2012 - I just realized that it has been three months since I've posted anything! The car is moving along real well. Thus far I've worked on:

- Left and right front door panels. Pretty much done although I still have a little more upholstery work to do. 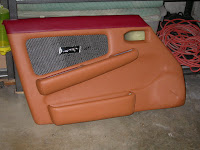 - Filled the cracks in the plastic dash pad and covered it in wine colored vinyl. 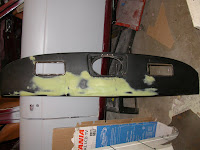 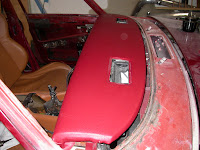 - Maple dash is cut. Not finished yet, but good enough to work on other components. (no pictures)

- Lower fascia on passenger side has been laid up in fiberglass, covered with vinyl and the glove box is being constructed. 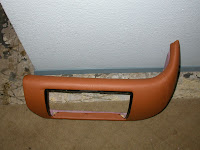 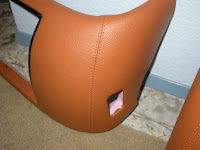 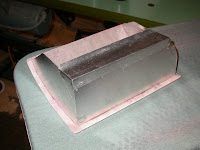 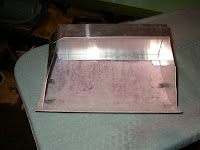 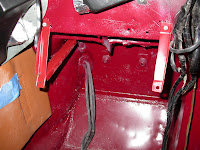 - Lower fascia on driver side has been laid up in fiberglass and covered in vinyl. Still needs a little more work but it is coming along nicely. 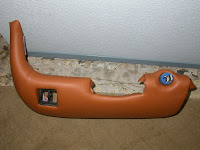 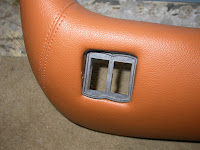 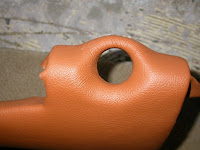 - Repaired, cleaned and painted the steering column. I bought a second hand column last year because the bearings in the original were shot. The second hand column had good bearings but it looks like it had been crushed a bit (in an accident), so I swapped everything over to the old column and cleaned it up. (no pictures) 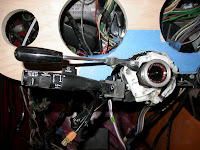 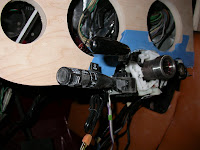 - Molded the steering column cover in modeling clay ("plasticine") and laid fiberglass over that, then vinyl 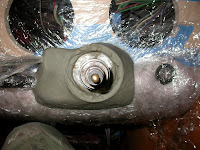 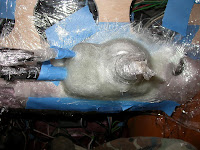 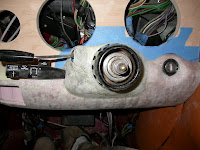 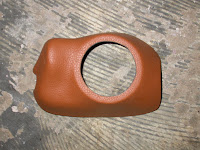 - Ordered and received new bayonet type fuse blocks that will replace the glass fuses currently in the car. The fuses will be moved from behind the center dash to behind the passenger lower glove-box. This will work great because there is a lot of space there and I have fashioned the glove-box to open all the way so that you can reach in to get to the fuses! I also have four more fuses then I had before, so I can get rid of the inline fuses that were being used for other things like the rear window defroster, radio, transmission lockout, etc. 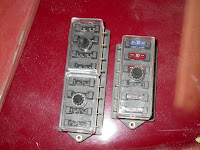 - Ordered and received Delphi type water resistant connectors for things like the outside turn signals, side markers, etc. I installed some. 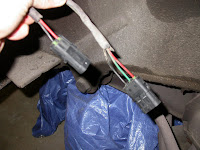 - Started a small amount of rewiring of the fuses but have not done much until I'm finished with the inside. 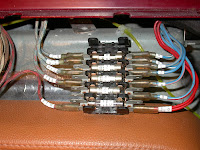 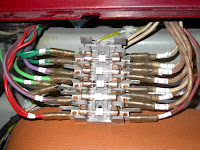 - Ordered the right fuel tank (the one that is Swiss cheese). Still waiting for that to come in. (no pictures)


- Ordered a carpet kit from a company called Lakewell in Belgium (http://www.lakewell.com/en/products/jaguar/xj/full-carpet-set-jaguar-xj6-xj12-s1-saloon-68-73). Should be delivered in a couple of weeks. (no pictures)

So, things are moving along nicely. I have a few more weeks of interior work to do, then I can start concentrating on the wiring, which is going to be a significant effort, but is the last work to do before I go back to bodywork.
Posted by Ed at 6:14 PM